The SME bond market in the first half of 2021: significant increase in number of transactions and placement volume

Cologne, 26 July 2021 – Despite the ongoing coronavirus pandemic, the German market for SME bonds recovered significantly in the first half of 2021.  Not only the number of issues rose to 18 bonds (H1 2020: 14 issues), but the volume placed also increased by a strong 139% to EUR 727.7 million (H1 2020: EUR 304.7 million). Compared to the same period of the previous year, the placement ratio improved to 98%* (H1 2020: 67%) measured against the total target volume of bond issues of EUR 745 million. Adjusted for subsequent increases in the target volume or top-ups, the placement ratio was 83%*. The average coupon across all transactions decreased by 33 basis points to 5.21% p.a. These are the results of a review of the German SME bond market in the first six months of 2021 conducted by investor relations consultancy IR.on AG.

The overall picture is broadly diversified: the 18 SME bond issuers came from ten different sectors. The real estate sector (five companies; 28% of issuers) was again the dominant sector in the period covered by the study, followed by the sector of industrial goods and services (three issuers; 17%).

With nine fully placed issues (50%), the SME bond market performed significantly better than in the prior-year period (four issues; 29%). In the first half of 2021, there was a relatively balanced ratio between first-time issues (ten issues) and follow-up issues (eight issues), half of which were fully placed in both cases. Compared to nine own issues in the previous year (64%), the number of issues supported by banks increased again significantly to 14 bonds (78%) in the first half of 2021.

Anna-Lena Mayer, Senior Consultant with IR.on AG:
“In parallel to the development of IPOs, there has also been a significant increase in issuance activity in the SME bond market in the first half of 2021. Catch-up effects due to issues postponed last year must certainly be taken into account here. Both the number of issuers and the placement success show a clearly positive trend. This suggests that despite the ongoing pandemic, investor sentiment in the SME bond market is now much more positive again.”

In terms of volume, most of the transactions were in the range of up to EUR 30 million (twelve bonds; 67%). Three issues had a volume placed of between EUR 50 million and EUR 100 million, and the volume of three issues was over EUR 100 million. One bond was still in the subscription phase at the time the study was prepared. For another bond, no information on the issue volume was provided.

The maturities of the SME bonds issued in the first six months of 2021 vary between three and 18 years, with five-year maturities still the most common (twelve bonds; 67%). Overall, the market was solid despite the impact of the coronavirus pandemic, with two restructurings but no SME bond defaults.

At the beginning of 2021, IR.on AG asked nine issuing houses that are active in the SME segment for their forecast for the current year 2021. They expected an average of 25 issues. Their forecasts were thus slightly more optimistic than at the beginning of 2020 (23 expected issues). Looking at the transactions that have been placed so far, it is reasonable to expect that the forecasts made by the issuing houses six months ago, while plausible given the prevailing conditions at the time, were, in retrospect, too defensive.

Likewise, the coupons for bond issuers have so far developed better than projected by the issuing houses. While the latter expected coupons to stagnate or rise due to the general increase in risk, H1 2021 showed an average decline of coupons by 33 basis points to 5.21% p.a. The issuing banks have so far been right in assuming that the real estate sector will lead the market. 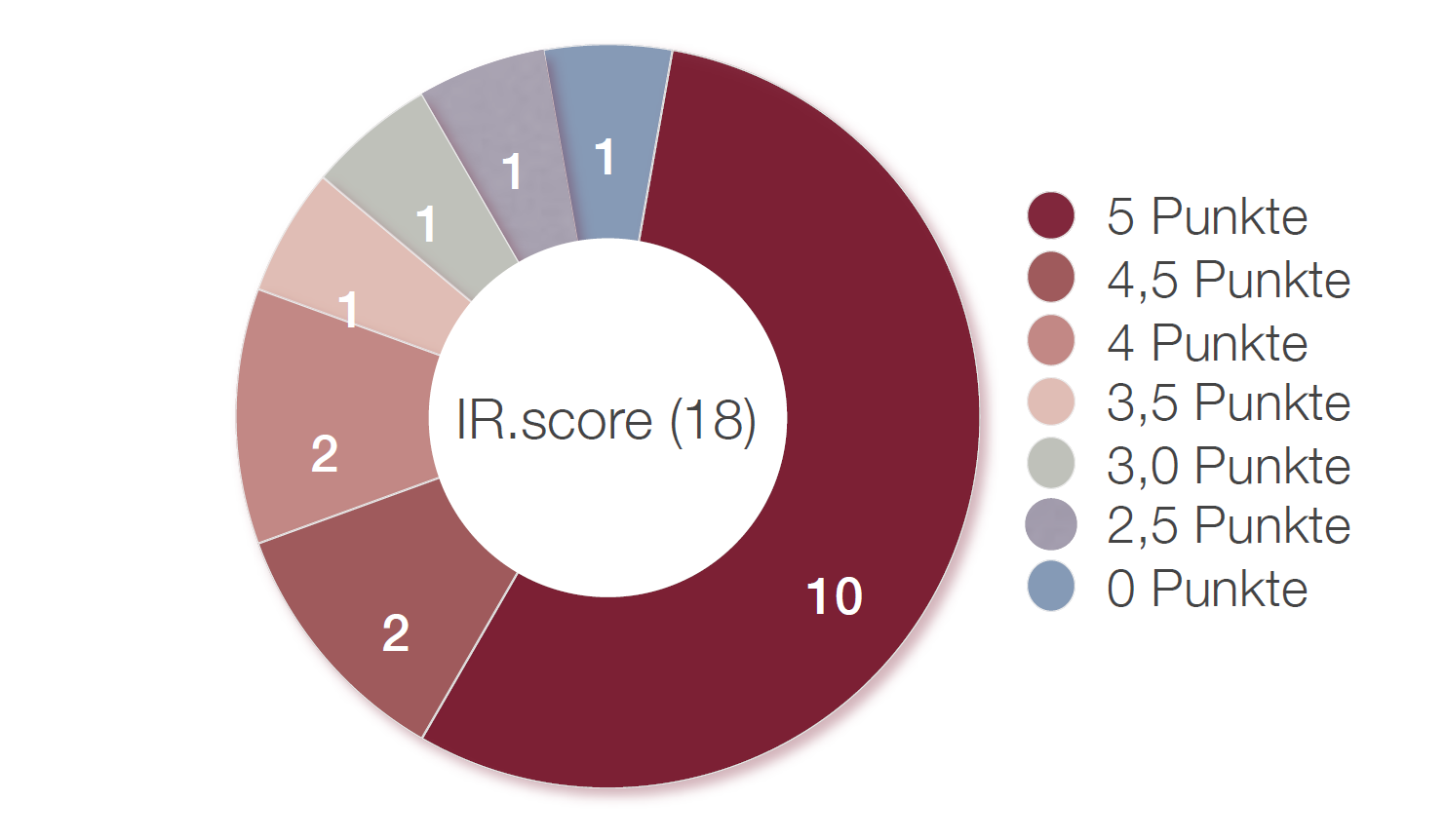 Anna-Lena Mayer: “In the first half of 2021, our analysis of the IR websites of the 18 issuers with regard to fundamental IR information once again confirmed that investor communication by listed companies and follow-up issuers – measured by our transparency score (IR.score from zero to five points) – generally meets the minimum requirements. While first-time issuers improved their score compared to H1 2020, they still often show deficiencies in IR standards. Overall, however, the average IR.score has improved from 3.65 to 4.22 points compared to the same period of the previous year.”

A summary of the survey is available via the website of IR.on AG at https://ir-on.com/en/sme-bonds/.

* Excluding two bonds, one of which was still in the subscription phase at the time the study was completed, and no information on the placement volume has yet been provided for the other.

IR.on AG is an independent consulting firm for investor relations and financial communications. The agency assists companies of all sizes in the development of investor relations strategies, day-to-day IR activities, as an interim IR manager, in capital market transactions and special situations such as crises or restructuring exercises, as well as press relations with the financial and business media.

Headquartered in Cologne and Frankfurt am Main, the owner-managed company was established in 2000. The consultants at IR.on AG combine experience from more than 400 communication projects, 300 annual and quarterly reports and more than100 capital market transactions including 34 SME bond issues.

The SME bond market in the first half of 2020: growing number of transactions, declining placement volume

Looking back at the SME bond market in 2020: Placement volume declines by 30% to EUR 957 million as market risks increase; catch-up effects expected in 2021